Back to the top

For the avid followers of the ever thriving Dutch music scene, Joram Kroon’s Prace project is no secret. Having released a couple EPs on Amsterdam-based record label INI Movement (K15, Umoja, LYMA), his sound moved from soulful, L.A-indebted beatmaking to a raw, unapologetic mixture of club music styles, including dancehall, dubstep and afro-house.

Although Prace’s new EP « Amazigh » is clearly indebted to Moroccan gnawa, this project has roots in a trip to Iraq Kroon took on 2017 as an attempt to build a cultural exchange project between Iraq and his native city of Utrecht, Netherlands. This trip led him to perform with Iraqi musician Sattar Al Saadi at Atlas Electronic festival in Morroco in 2017. While in Morocco, Kroon’s fascination for gnawa music began.

Mystified by its rhythm complexities and in awe of its spiritual dimension, gnawa music soon materialized like a deep source of artistic inspiration for Prace. He began experimenting with sounds, trying to summon the states of trance and the immersive, hypnotizing sense of saturation of the acoustic space that gnawa music was causing him. Kroon also explains how gnawa allowed him to approach live electronic music in a new way:

« If I play airguitar, you know I’m ‘playing guitar’. If you stand on a stage and pluck a string everybody understands what is happening. With electronic music you don’t have this right away, you have to design new instruments in order to be able to play ‘live’ and create the energy you actually put in the air. Gnawa is made with handclaps, a repeating bassline and chanting. I wanted to learn from this limited set of instruments (or knobs/faders) and create something special ».

In February of 2019, Kroon took another trip to Morocco, this time settling in Merzouga and Khamlia in the Sahara desert. With the help of Atlas Electronic team member Karim Mrabti, he was able to meet and record sounds with the band Amazigh Blues, as well as musicians Abdoul 1987 and Casablanca-based Saad Tiouly. Back in Holland and inspired by his encounters with likeminded Morrocan producers, Kroon began to synthesize his own brand of gnawa-infused club music, manipulating his own recordings, pitching them up and down, stretching them …

The results of these sessions are nothing short of amazing: a set of raw, eclectic dancefloor-ready tracks, all drawing from the energy of gnawa and playing on a subtle balance between experimentation and club music efficiency. What distinguishes Prace from many of its pairs is perhaps the inner musicality that flows through his tracks, despite them being often characterized by playful sound design rather than harmony.

As Kroon puts it, his goal was to « to play with real musicians together creating a hybrid of the old and the new, the digital and the real, preferably right here, right now », so it was only natural to see his project backed and released by Mawimbi Records, a record label known for its recontextualisation of musical traditions originating from the afro-centric space and for fostering new collaborations between electronic music producers and local musicians. 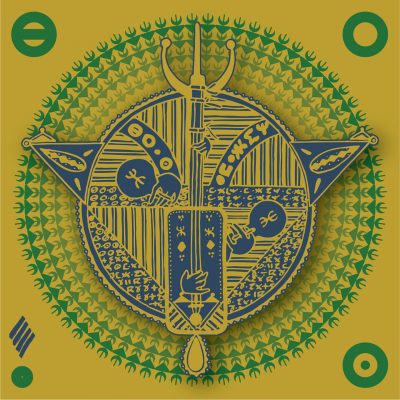